This article written by Paul Segar and brought to you by Pureform looks at the living legend, Black Caviar... 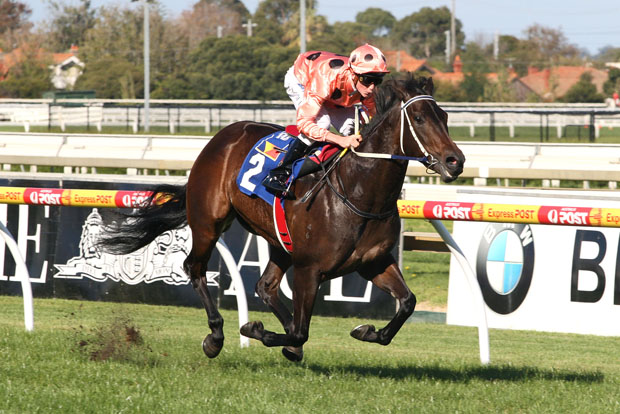 Where do you start to describe a legend? And where does the story end and the legend begin? Well if there has even been a living legend before there is no doubt now another.  It is without doubt Black Caviar who will live on in racing folklore for as long as races are run in this might country.

But what is it that makes Black Caviar so great? Is it simply she was well placed by her canny trainer and so could amass an amazing record? Hardly. There have been many horses that have put together 10 or more wins in a row and one horse that won a string of events recently is the talented Callanish. He won his first 8 starts in tip top fashion racing in most cases on the pace and was brilliantly placed by his trainer Mick Price. A Seymour Cup victory topped off his second main prep, the eighth straight victory.

The problem was on his return Callanish had to race in much better company after winning so many races – otherwise he’d have to carry the grandstand and no one wants to carry that many irate punters. What happened? First attempt in top company was a moderate effort and after that a string of other so so performances. That was after 8 straight wins.  Callanish is a capable galloper and will no doubt be victorious again if injury hasn’t stopped him.

To win 25 races in a row, unbeaten, in any company, but for Black Caviar, at top level nearly every run, the superlatives are unending.

The brave Hay List was one of the mighty black mares victims and was beaten no less than five times – nearly every time he ran second.  Amazing. But what separated Black Caviar from Hay List? Black Caviar is the real deal out and out champion whereas Hay List is a truly great horse. Hay List did at last have his day in the limelight winning the 2012 Newmarket Handicap . He thundered down the centre crown of the track humping a weight carrying record for the race. He never looked comfortable , he was always in trouble, he gave his all, 110% and nailed Buffering on the wire by a nose in a narrow but brilliant victory.

But the process told, as they say, he busted his boiler and although he was too high class to bleed, this is effectively what happened, some hoof problems were also cited. Hay List was beaten at his next start at Moonee Valley when normally he’d win in a canter. He’d given his all in the Newmarket, he’d given his all chasing the black mare and there was nothing left. Hay List is a truly great horse and had some mighty tussles during his brilliant career.

Black Caviar in recent runs was only really vulnerable in one event and that was travelling back in distance from the 1400m C F Orr stakes at Caulfield to 1000m down the hallowed straight "5"at Flemington.  Most horses struggle back so much in distance and before the race it was far from certain. But no, she came through, again beating Hay List and Buffering. Buffering on his day is no slouch too.

That is the mark of a true champion. To step up, and step up again, time and time again and Black Caviar did just that  – 25 unforgettable times in fact and deserves every accolade that can be placed upon a racehorse.  She joins the list of great mares that have raced, certainly even the Cadillac of mares, Makybe Diva, triple Melbourne Cup winner and winner of 15 from 33 if horses could talk would have to pull over and say, ‘...hey you go first!’

And the legend will continue for unlike some of the other racing legends, Black Caviar will breed on and produce who knows how many progeny. As they say, nothing in life is certain except death, taxes and Black Caviar. Amen.

Ode To Black Caviar
The punters came from all around
The strappers, mugs and leers
They said they couldn’t  beat her
They say she was the one.
And who was there to doubt ‘em?
Not anyone, no sir, not one.
The mighty black, Black Caviar
Ran 25 and won.
And like some champs before her did
She did it on her ear.